Required cookies are essential to let you move around the website and use its features, such as accessing secure areas, shopping baskets and online billing. These cookies allow our website to provide services at your request.

Functionality cookies are used to remember the choices you make, e.g. your user name, log in details and language preferences. They also remember any customisations you make to the website to give you enhanced, more personal features.

Targeting cookies collect information about your browsing habits to deliver adverts which are more relevant to you and your interests. They also measure the effectiveness of advertising campaigns.

This site uses cookies and related technologies for site operation, analytics and third party advertising purposes as described in our Privacy and Data Processing Policy. You may choose to consent to our use of these technologies, or further manage your preferences. To opt-out of sharing with third parties information related to these technologies, select "Manage Settings" or submit a Do Not Sell My Personal Information request.

MADE TO MOVE YOU

ALFA ROMEO QV ALWAYS ON THE SIDE OF THOSE WHO DARE.

It all began in 1923. Ugo Sivocci won the Targa Florio aboard an Alfa Romeo RL, bearing the symbol of a green four-leaf clover that he painted on a white diamond ground. Alas, mere months later, Sivocci was to die in a tragic accident: the car he was test-driving wasn’t bearing his lucky Quadrifoglio. From that sad day on, Sivocci’s good-luck charm became the symbol of Alfa Romeo’s uncompromising passion for motor racing: a tradition that has lived on throughout the decades.

Name any major race, circuit or championship, and you will find the Quadrifoglio emblem figuring high in their halls of fame: Alfa Romeo gained the first ever GP World Championship in 1925, and the first two Formula 1 titles in 1950 and 1951. These are just a few of the many achievements in a winning streak that boasts 5 world championships, and hundreds of Italian and European titles. These victories are more than just a part of Alfa Romeo’s history; they have become integral components of every Quadrifoglio model. 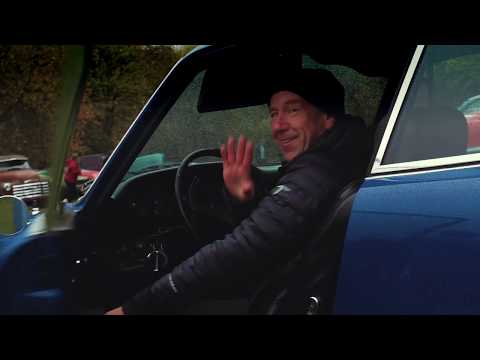 Caffeine&Machine is more than just a Café, or restaurant, shop or event location. It has been designed from the outset to be a place where ‘Welcome’ is more than just the sign on the doormat, where tribes meet to parley. Created as a place for the various tribes of automotive and motorcycling culture to gather, C&M exists to embrace obsession. We encourage and nurture your own peculiar madness, because it is ours. Period correct, stance, extreme camber. Restoration, restomod or rat. Vintage, rod and racer. Yank, JDM and drift. Touring bike, sports bike, classic and Moto-X and everything in-between. We are No Man’s Land on Christmas day, the eddy in the human flow, the quiet space where things gather, to bob about in the lee of the stream. Not inactive, just… paused.

Fill the details below and a member of the Alfa Romeo team will be in contact shortly to book your personal pro driver test drive.

A problem occurred. Try again.
Company Info
Back to Top

We work with a number of carefully selected credit providers who may be able to offer you finance for your purchase.

There is no fee for our Finance and/or insurance services.

Lenders pay a commission to us for introducing you to them, calculated by reference to the vehicle or amount you borrow. Different lenders pay different commissions for such introductions and our manufactures supporting finance companies also provide preferential rates to us for the funding of our vehicle stock and finance support for training and marketing. However any such amounts they and other lenders pay us will not affect the amount you pay under your finance agreement. We also receive commission as a proportion of a premium paid from our insurance providers.
Our FCA Permitted business is arranging general insurance and finance contracts. You can check this on the FCA Register by visiting the www.fca.org.uk or by contacting the FCA direct on 0800 111 6768